The 2016 Projection
James R Whitson / November 7, 2016
email the author
The time has finally come for the analysts to shut up and let the American people take the spotlight. After today the polls are meaningless. It doesn't matter if a website projects a candidate winning a state if people that support that person don't get off their couch and make the trip to the ballot box. No matter what you expect to happen on election day after listening to people like me all year, you have the real power now. Don't like the predictions? Go vote and change them. Agree with the predictions? Go vote or they won't happen. In the end, no one will remember the analysis, they'll remember the outcome. 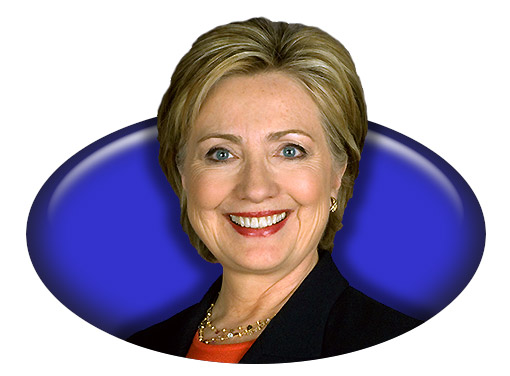 President Elect's official projection of the 2016 Electoral College vote pitting Democrat Hillary Clinton against Republican challenger Donald Trump shows that the United States will be electing its first female president, and the first spouse of a former president to be elected.

President Elect projects that Clinton will win 301 electoral votes and Trump will win 237. However, I'm not even close to 100% confident in my selections! I said something similar in 2012, but that year was different. Then, the national polls and the state polls seem to have a disconnect. That's not the issue here. In 2016, it's simply just an extremely close race, in the polls at least. There are a lot of toss-up states where one candidate is literally within a point or two of the other. True, my projections have never fully relied on polls (and I am going against them with a couple of these picks). I also take into account things like a state's voting tendencies. But even that wasn't much help since most of the states giving me fits were ones that have flipped sides over the years.

So with the polls so close, two historically unpopular candidates, and past results being less than helpful, everything here is really just one man's opinion on where things stand. And since I don't cop out and just leave toss-ups on the map, here is my thinking on the closest states.

These first four states are absolute toss-ups. These could easily all go in a different direction and I would not be surprised in the least.

The candidates might pull off an upset in a couple of other states.

Finally, there are several states that some analysts are saying could shock everyone.

That last point is worth expounding on. Trump is a very different candidate than we have seen in a very long time. And he is getting massive support at his events, in numbers we just don't see at Clinton stops. And not just from traditional Republican voters either. Besides the union-type workers mentioned above, he's also polling well (for a Republican) among black voters. It's possible we're all underestimating his support. Or it's just as likely Democratic voters aren't happy enough with Clinton to make a big deal about her but are worried enough about Trump to go out and vote. And let's not forget the Republican voters he has turned off.

Which brings up two last interesting outcomes to watch for:

This election could go in any of many different directions. It could be a big Trump win or a Clinton blowout or anywhere in between. After the final results are in, someone will say "see, I told you this was what was going to happen". Ignore them. Even a stopped clock is right twice a day. No one can predict with certainty what will happen this year.

Thanks for following along this election season! Be sure to visit on election night for my quadrennial live blog of the results. I'll be keeping track of the results (on a map in a much more useful manner than you'll see on your TV), answering your questions, and trying to figure out exactly what is going on with the numbers coming in! 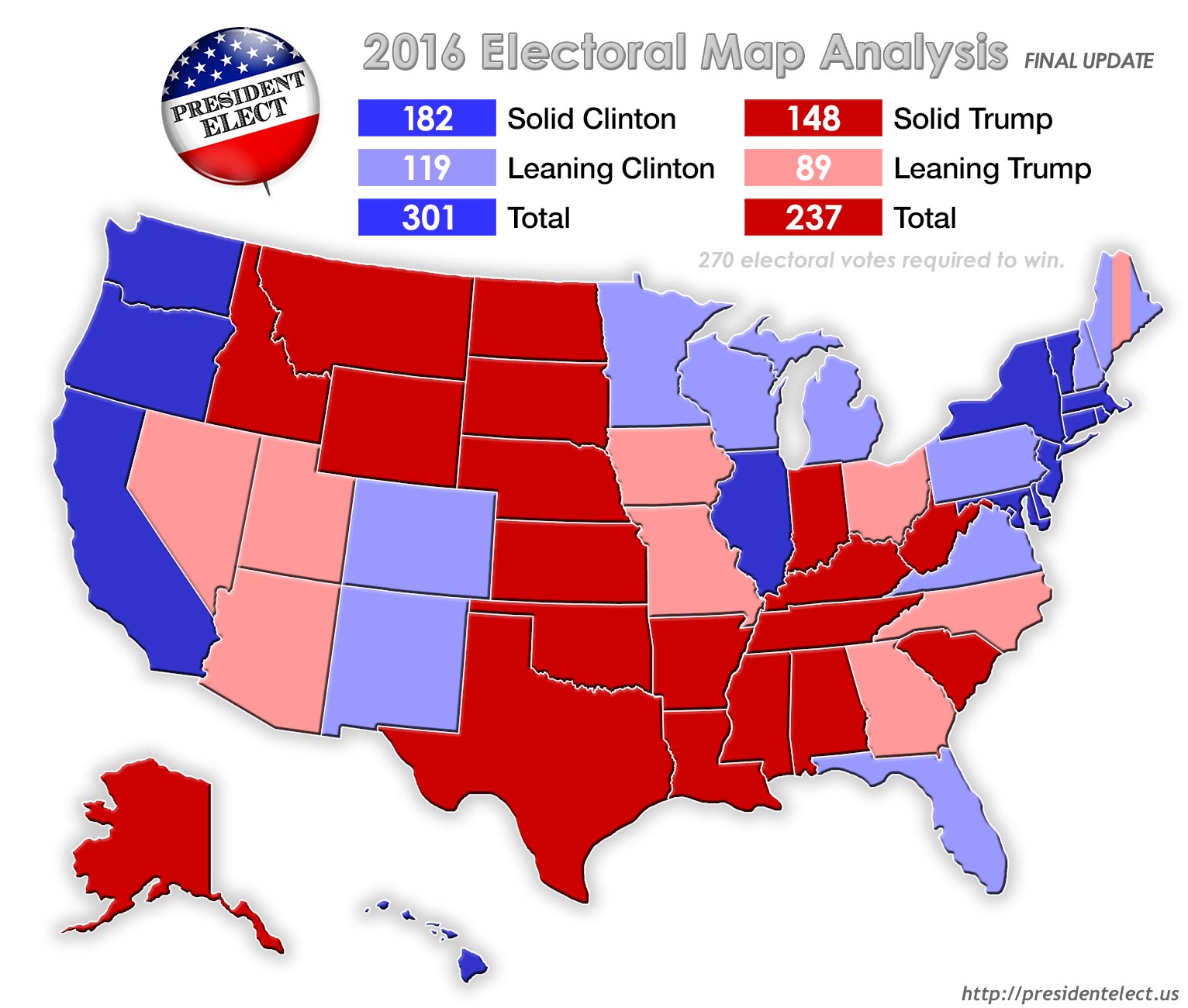